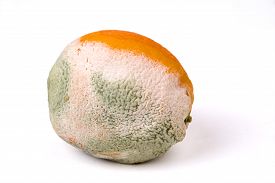 WHAT ARE YOU DOING?

Sorry, that was abrupt. I really jumped right in there; no pleasantries, no small talk. I just feel that we don’t really have time to catch up right now. Judging by the activities of the past week, you seem to just be barrelling through all the conventions and tacit agreements we’ve had for the past generation. I mean, things hadn’t been perfect up until now, but this is too much. This is not okay.

I see we’ve committed to the whole rotten-orange-as-leader-of-the-free-world thing, even though he is thoroughly awful (I mean… just… gross).  I’ve covered this already. It’s likely that in time the people who made it possible will realise that maybe it was less of the shot-in-the-air they intended it to be, and more of a shot in the foot. Still, as always, I just want what’s best for you. Now that we all find ourselves in the same leaky boat, there’s really no point in going back over it.

Although I would just like to quickly point out that we already have at least one delusional narcissist in charge of a country (North Korea), and I can’t say I ever read a news article about him and thought, ‘We could do with another one of those… but BIGGER!‘ Bigger is not always better, World. I know America likes to supersize everything, but upgrading a run-of-the-mill self-obsessed moron to President of the United States of America was a really bad idea. Like, tremendously bad. In one week this oversized, oversensitive caricature of a man has managed to throw you into total dissarray.

There have always been assholes. There will always be assholes. Assholes are a constant. The danger now is that not only are some assholes in positions of great power, but the common, everyday assholes feel legitimised. They feel like it’s okay to go on national television and speak hateful words that hang in the air like a scummy fog. World, this is not acceptable. We need to do something about this.

That sounds so cheesy, but too much has gone horribly wrong in the recent past to ignore the fact that what we need is a lot more love. Too many families are waking up unsure of what is going to happen next. Too many families are waking up to deaths, or deportation, or denial of entry. Division and hatred seems to be sprouting everywhere like an unwelcome, tenacious weed. We need love, and a lot of it. We need the industrial-strength, Gorilla-glue kind of love that links us not only to our friends and families but also to our neighbours next door, our fellow citizens, and total strangers from foreign lands.

World, do you remember the game Red Rover? We played it as children. We’d link arms  in a long line and then a player would try to run at us and break through. If they were successful in splitting the wall, they won a couple more players for their side…

I feel like we’re playing an Alice-in-Wonderland adult version of Red Rover.

The good and decent people are linking arms and putting their game faces on, and a few rogue elements are coming at us with a great deal of force, trying to split us up, trying to win people over to their side (don’t listen to them – the whole thing about them having cookies is a lie).

They say those who forget history are doomed to repeat it. Frankly, not enough time has passed since World War Two that we can use ‘forgetting’ as an excuse.

World, link arms with me.

If you’re feeling helpless and have any money to spare this month, please consider donating to ACLU or subscribing to The Washington Post or The New York Times, even if you’re not an American citizen.

17 thoughts on “Open Letter To The World”