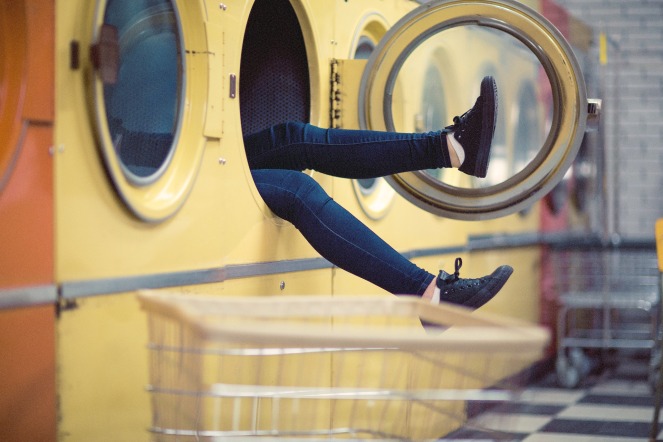 Considering I don’t own a cat (yet), this is not a sentence I expected to type. A kitchen can smell like many things – the toast we burned at the weekend, the flapjacks I made on Tuesday, the cacio e pepe spaghetti we ate last night – but I would have to say that cat pee is just not one of the typical kitchen aromas.

My face crunched into an expression of distaste, I ventured in nose-first. I sniffed the fridge.

I opened the fridge and cautiously sniffed. I could smell spring onions and cheese.

“As you were,” I whispered, and closed the fridge door.

I crept forward. I sniffed the counter.

I sniffed around the hob, and past the hob to the area where cereal and bread sit together in a peaceful pile of carbohydrates. I could only smell bread. I continued my search. I opened the oven.

Nothing. Just the faint whiff of something that perhaps had baked a little past its burning point.

I sniffed the sink – nothing – and opened the cupboard beneath it. Nothing there either. Just the smell of caustic chemicals and brillo pads that should be used more frequently. I hovered over the drying rack, and stood on my tiptoes to sniff at the microwave.

I came to the washing machine.

This was definitely where the smell was strongest. The washing machine is probably about four years old at this point. I opened it and looked inside, looking for the source of this weird waft of ammonia. My wiggling, warped reflection stared back at me from the inside of the shiny steel drum.

I stood up straight and narrowed my eyes at the offending appliance. The strange smell was definitely coming from in or around the washing machine. Obviously a second opinion was required.

I pulled up Google on my phone and typed, ‘My washing machine smells like cat pee.’

“Oh good,” I said aloud to nobody in particular. “I’m not alone!”

Apparently, if you don’t run a hot 90°C (194°F for those of you across the pond) wash about once a week, bacteria starts to grow in and around the seal of your washing machine, leading to a distinct and unpleasant cat pee-like scent. So all those eco-friendly, non-shrinking 30°C (86°F – seriously guys get it together) washes you’ve been putting on? Great for your delicates, not so great for your washing machine.

I wrinkled my nose in disgust, both at the smell and at the fact that nobody ever mentioned this to me before. I thought I was saving the planet one lukewarm wash at a time! Nobody told me about the cat pee bacteria, or that I need to run a hot cycle every week!

And then, with a suspicious side-eye, I did it again, because screw trying to be eco-friendly when your kitchen smells like feline urine.

Now only the faint scent of white vinegar and scrupulous cleaning remain.

So hopefully that’s the end of it!

40 thoughts on “Life Skills Unlocked: Solving the Riddle of the Strong Smell of Cat Pee”